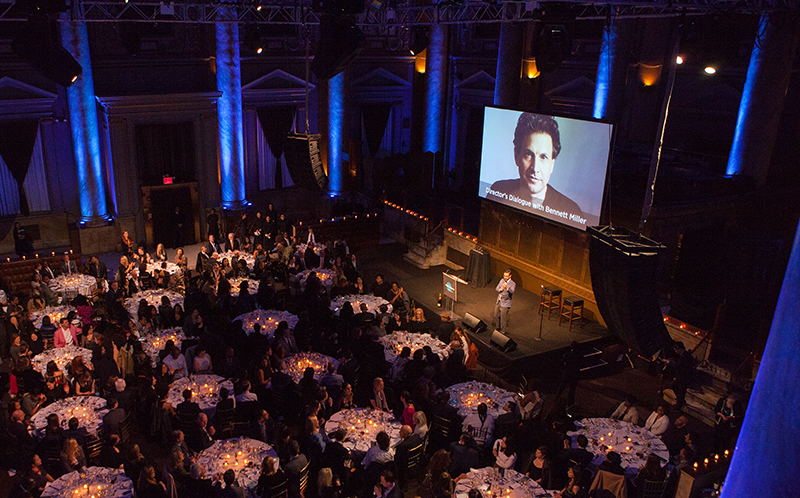 Empire partnered with Reel Works again to produce their 2016 Benefit Gala, Celebrating Women in Media. Reel Works is one of the leading digital media educators in the United States and the only filmmaking program that matches teens 1:1 with professional filmmaker-mentors to tell their stories and have their voices heard. It’s a powerful combination that changes young New Yorkers lives by allowing them to present their unfiltered voices.

This year's gala began with a VIP reception in the historic Capitale, adorned with Corinthian columns, Venetian glass, marble mosaic floors and 65-foot ceiling. Honorees Dr. Stacy Smith, Director of the Media, Diversity and Social Change Initiative at USC’s Annenberg School, Karen Horne, Senior Vice President of Programming Talent Development and Inclusion for NBC Entertainment and Universal Television Studios and Mona-Scott Young, CEO and Founder of Monami Entertainment mingled with guests and all were invited to enjoy cocktails and passed hors d’oeuvres before to making their way into the ballroom for the program and dinner.

Empire managed the stage program working with, New York City-based actor, stand-up comedian and writer, Naomi Ekperigin. Ekperigin has been listed as one of "7 Reasons Why SNL Should Hire a Black Woman" on Buzzfeed.com and one of "8 Black Comediennes Who are Ready for SNL" by Essence Magazine. Together we were able to highlight the work of honorees, chair members, and students.

As the evening progressed, the enthusiastic Charles Antin took the stage as the live auctioneer, helping to raise a record $480,000. The evening wrapped with the F. John Outcalt Award for Outstanding Filmmaking winner announcement and special musical performance by Diana Gordon, the songwriter named “the mind behind one of 2016’s most memorable lyrics”: “He better call Becky with the good hair” from Beyoncé’s “Sorry”.

Empire is proud of the continued partnership with the Reel Works organization and our contribution to making the evening the most successful benefit dinner to date.

If you are interested in learning more about Reel Works please visit: http://www.reelworks.org/​