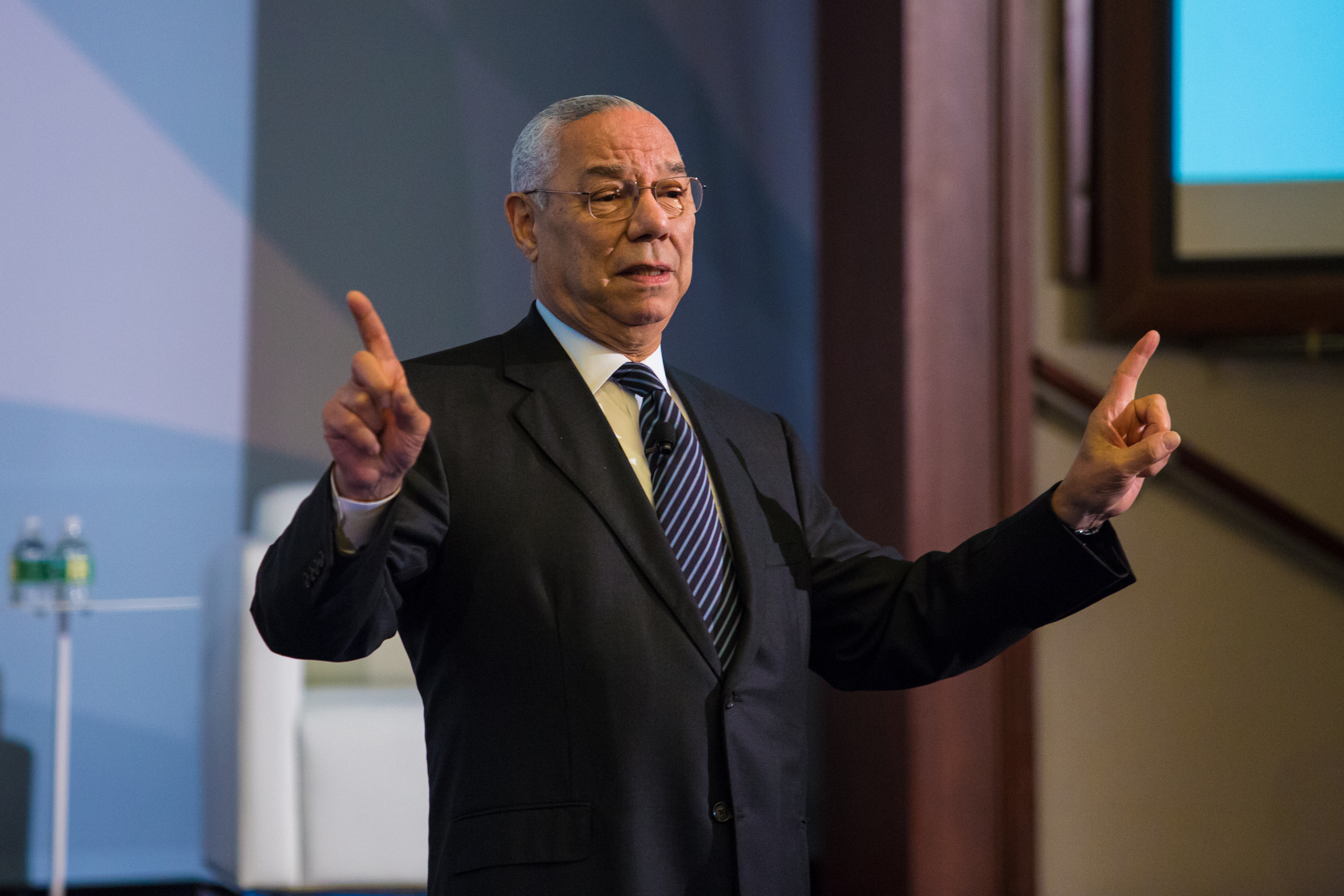 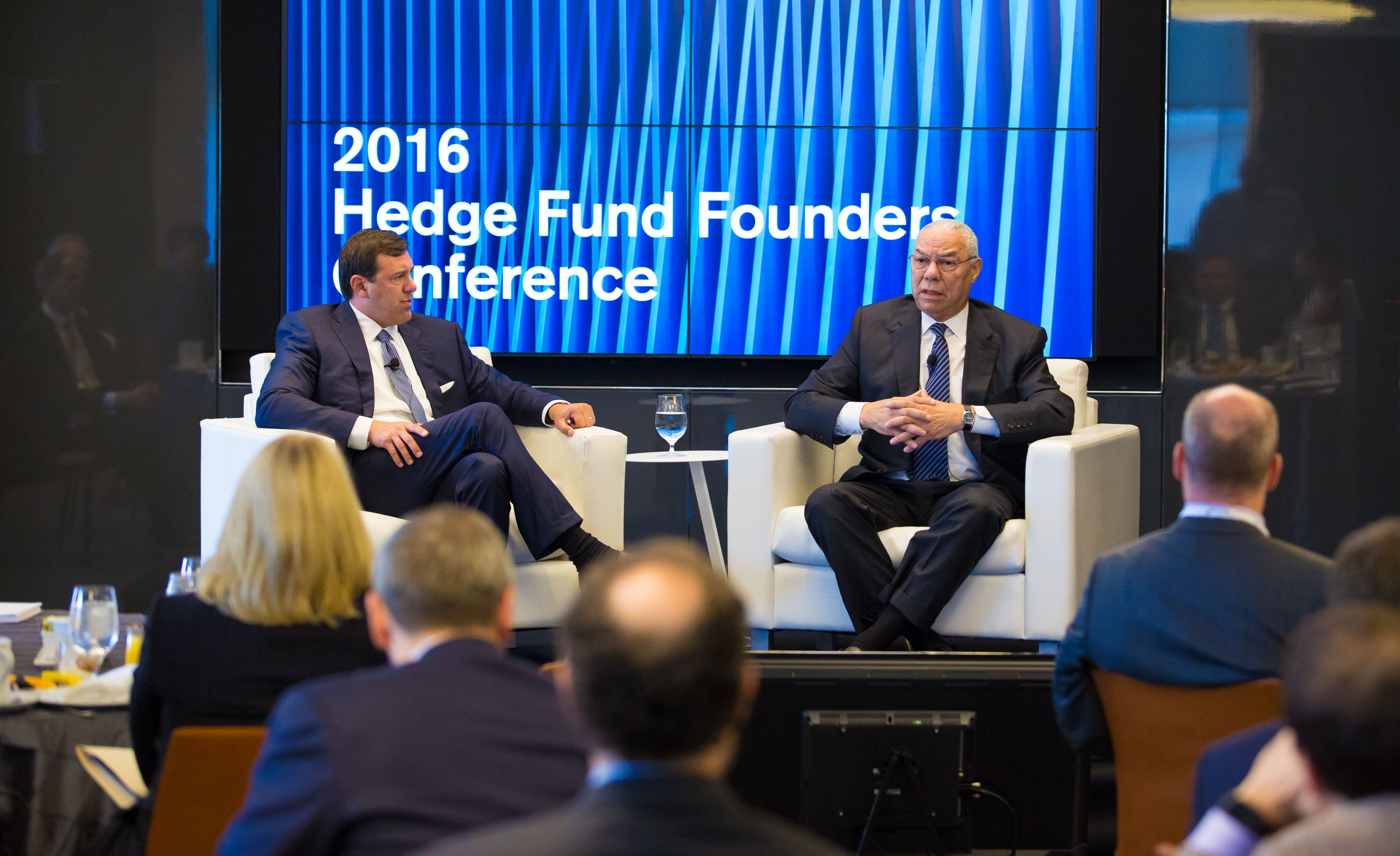 ​In the beginning of October, Empire delivered former Secretary of State, and retired General Colin Powell to speak at two separate engagements for an international financial investment firm in New York City. At the early morning event, General Powell participated in an intimate fireside chat before an audience of 30 renowned hedge fund and private equity founders. Throughout the interview and open Q&A session, the General discussed and answered questions on a vast scale of topics – from Cybersecurity to foreign policy; the state of the American economy, immigration and, of course, the upcoming 2016 US Presidential Election.

General Powell provided valuable insights to all those in attendance, helping them gain new perspectives on how global markets and investing may shift according to the current geopolitical landscape. Following the Q&A, the General participated in a brief meet & greet with the guests and dispersed signed copies of his book In Life and Leadership.

For the second event, held directly after the morning session, General Powell delivered a keynote presentation before an audience of well over 300 guests. With everyone packed into the auditorium, the General riveted the audience with stories of his childhood, nostalgic memories of his experiences with the Reagan and Bush administrations and shared his sentiments of continued optimism toward the United States and the direction the country is heading.

It was evident that both crowds were inspired by General Powell’s wisdom and insights; he was the perfect speaker for both events. Empire worked closely with longstanding partner, Washington Speakers Bureau, to contract and coordinate Colin Powell’s appearance.

Empire continues to be a leading resource in delivering keynote speakers, political experts and speakers of all areas of expertise for a variety of organizations.