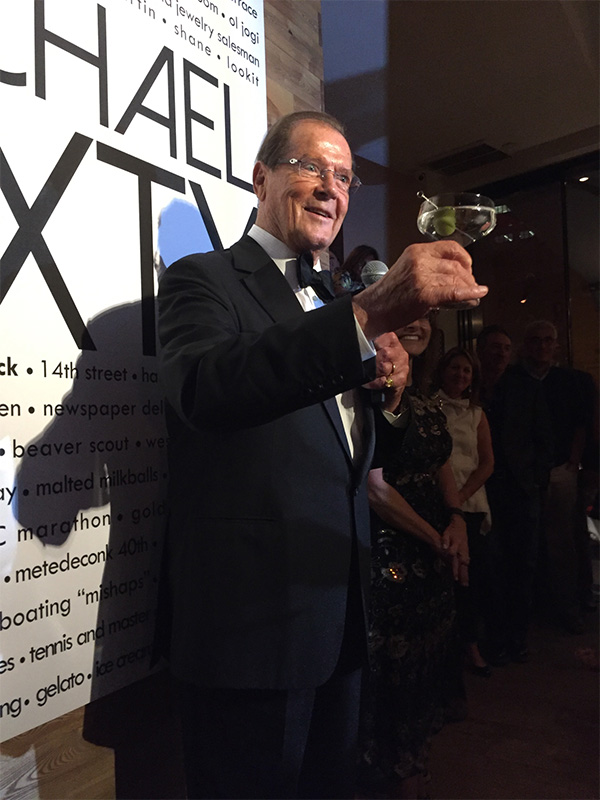 ​Earlier this Fall, Empire was called upon to deliver a special character for a surprise 60th birthday party in New York – the one and only James Bond. Given the birthday boy’s infatuation with the Bond franchise, his family had the idea of surprising him with an appearance from one of the original James Bond. This materialized into the once-in-a-lifetime presence of the legendary Sir Roger Moore.

As the party began, Sir Roger mingled with family members and close friends in a backroom of the venue, while the birthday boy enjoyed his party in the front – without a clue of what his family had in store.

Upon delivering birthday toasts, the family related their loving father and husband to that of the elusive James Bond character – adventures and injuries aplenty. But toward the end of their toasts, they recognized that only a few people in the world could really talk about what it’s like to be James Bond…

Cue the Bond theme music, and out walks the Sir Roger Moore, tuxedo and all, to grant the birthday boy a wish of answering any three Bond he has. To cap it off Sir Roger ended the surprise with a toast in true Bond style, martini in hand – shaken, not stirred.

Empire continues to be a leading provider of A-list celebrity talent appearances, keynote speakers, comedians, host/mcs and headline musical acts for private individuals, organizations and clients of all kinds.