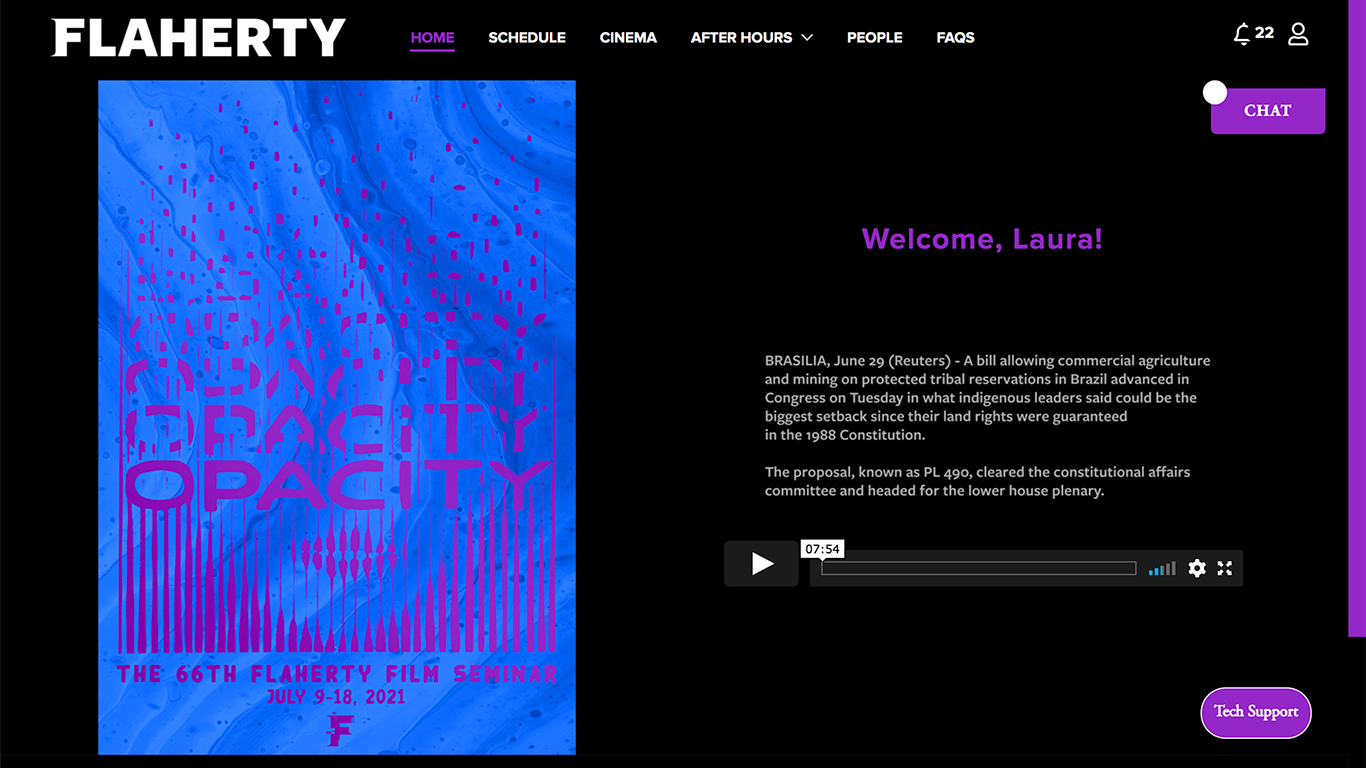 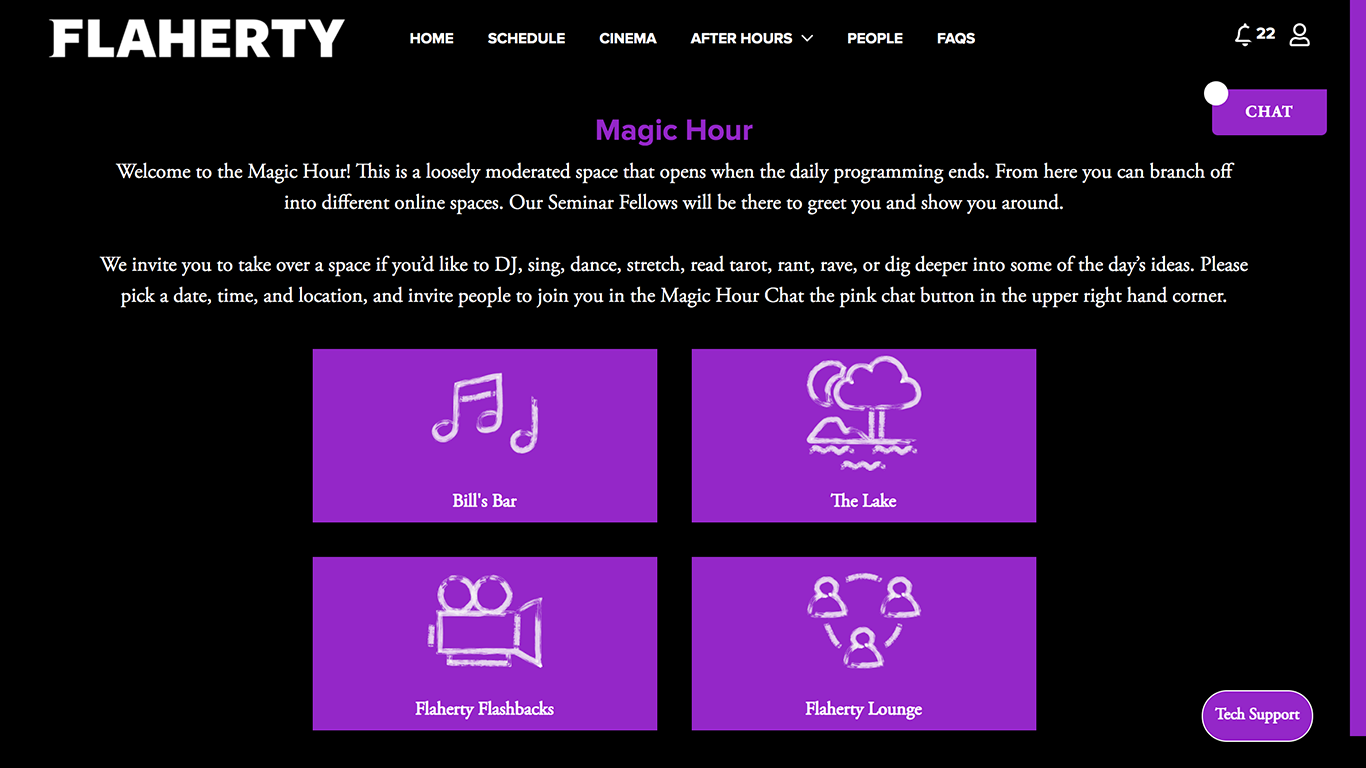 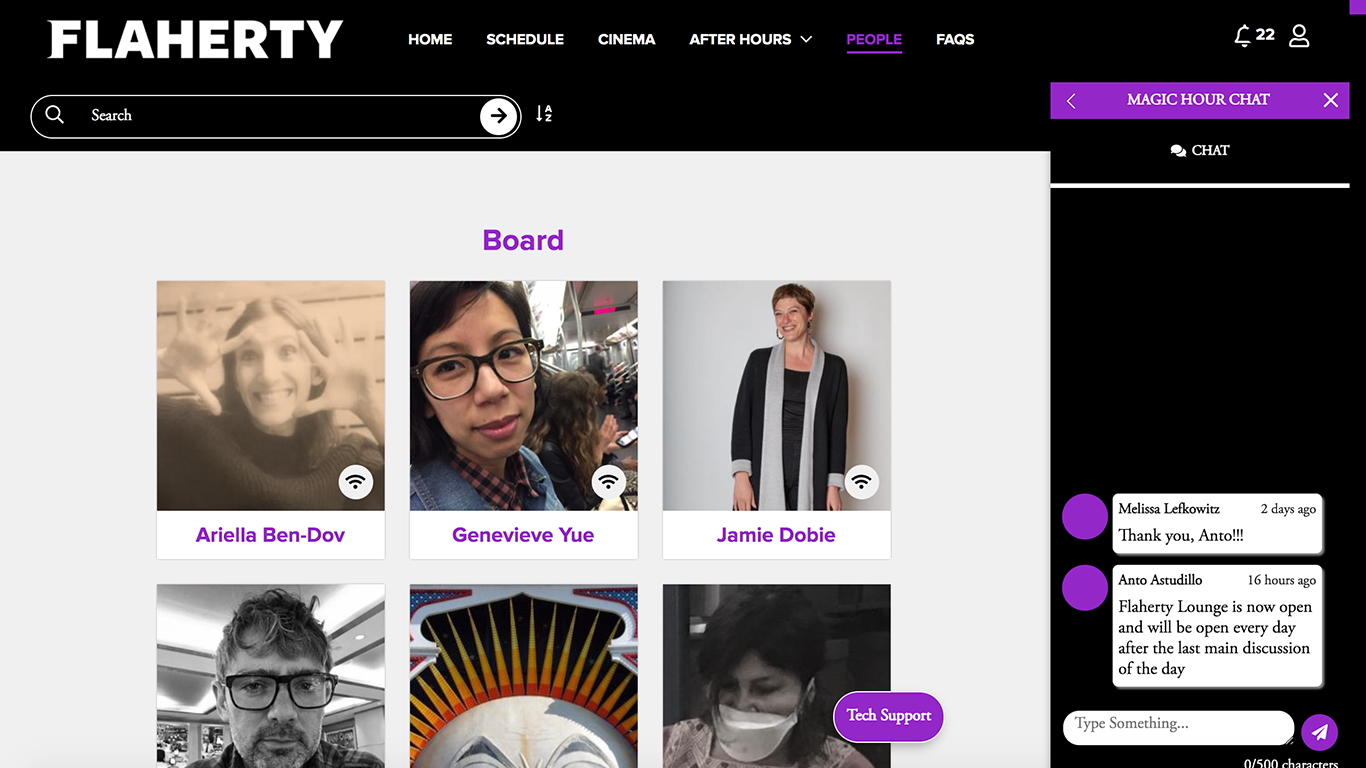 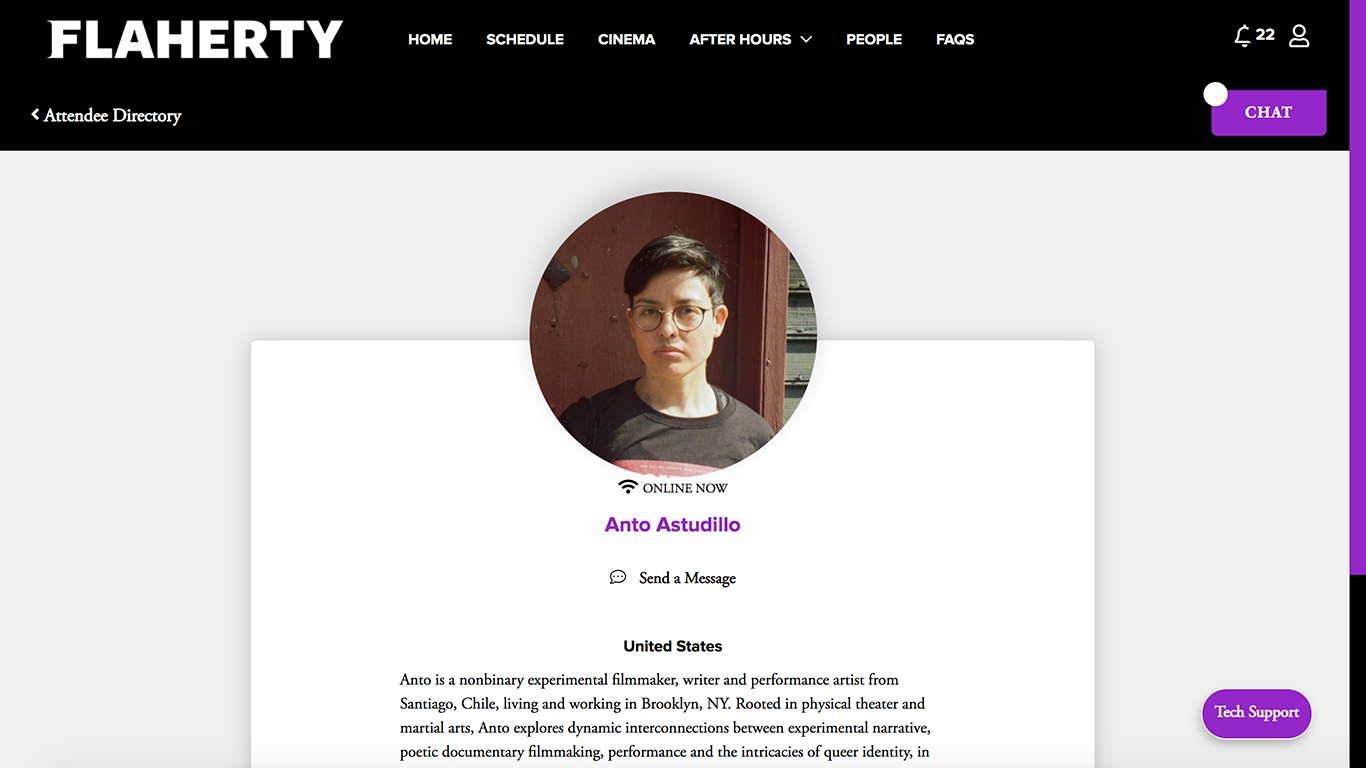 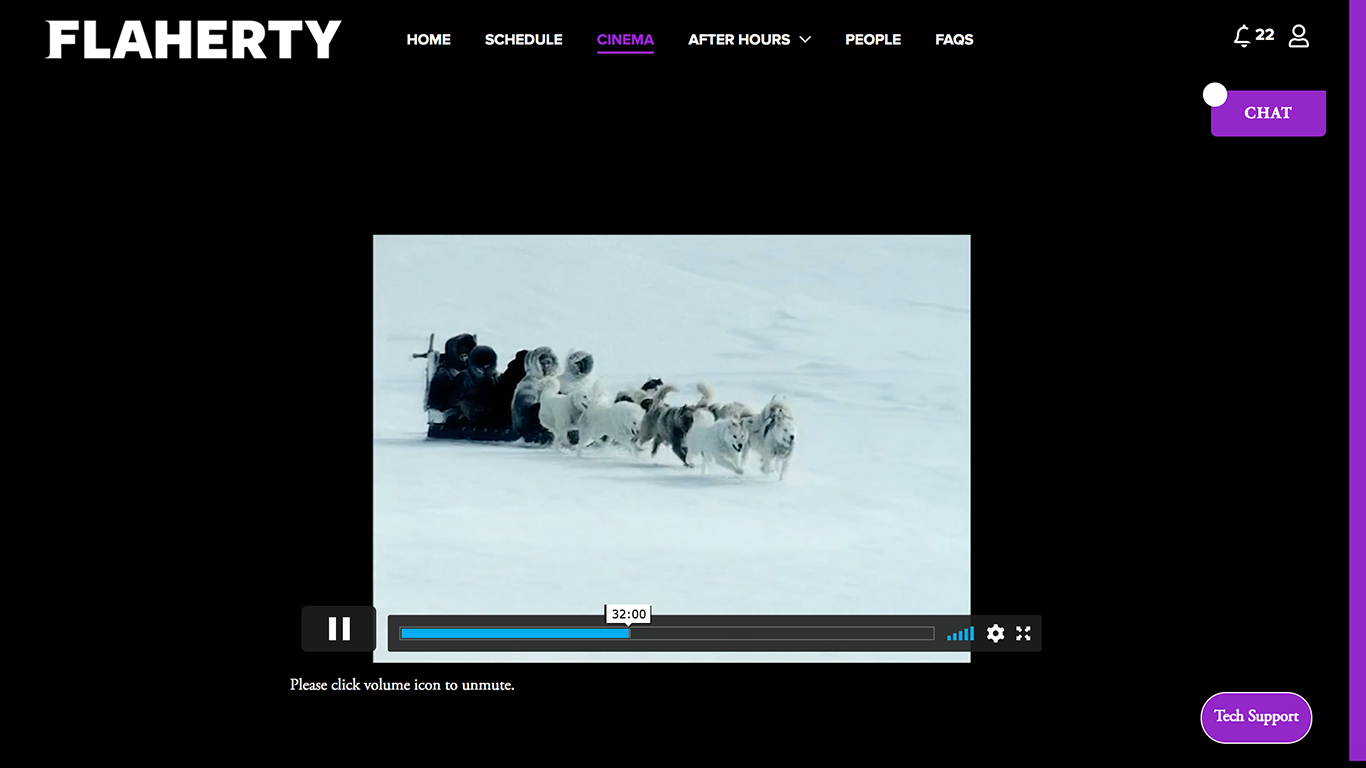 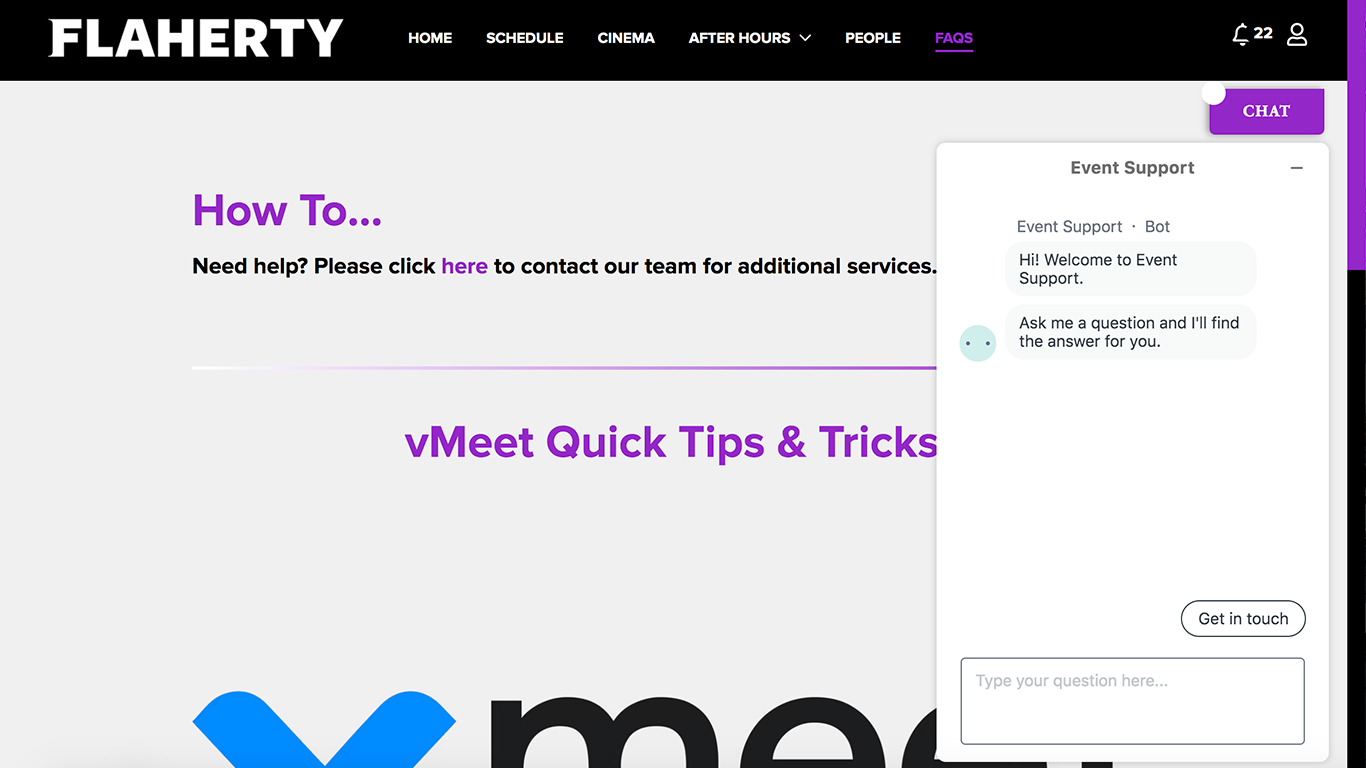 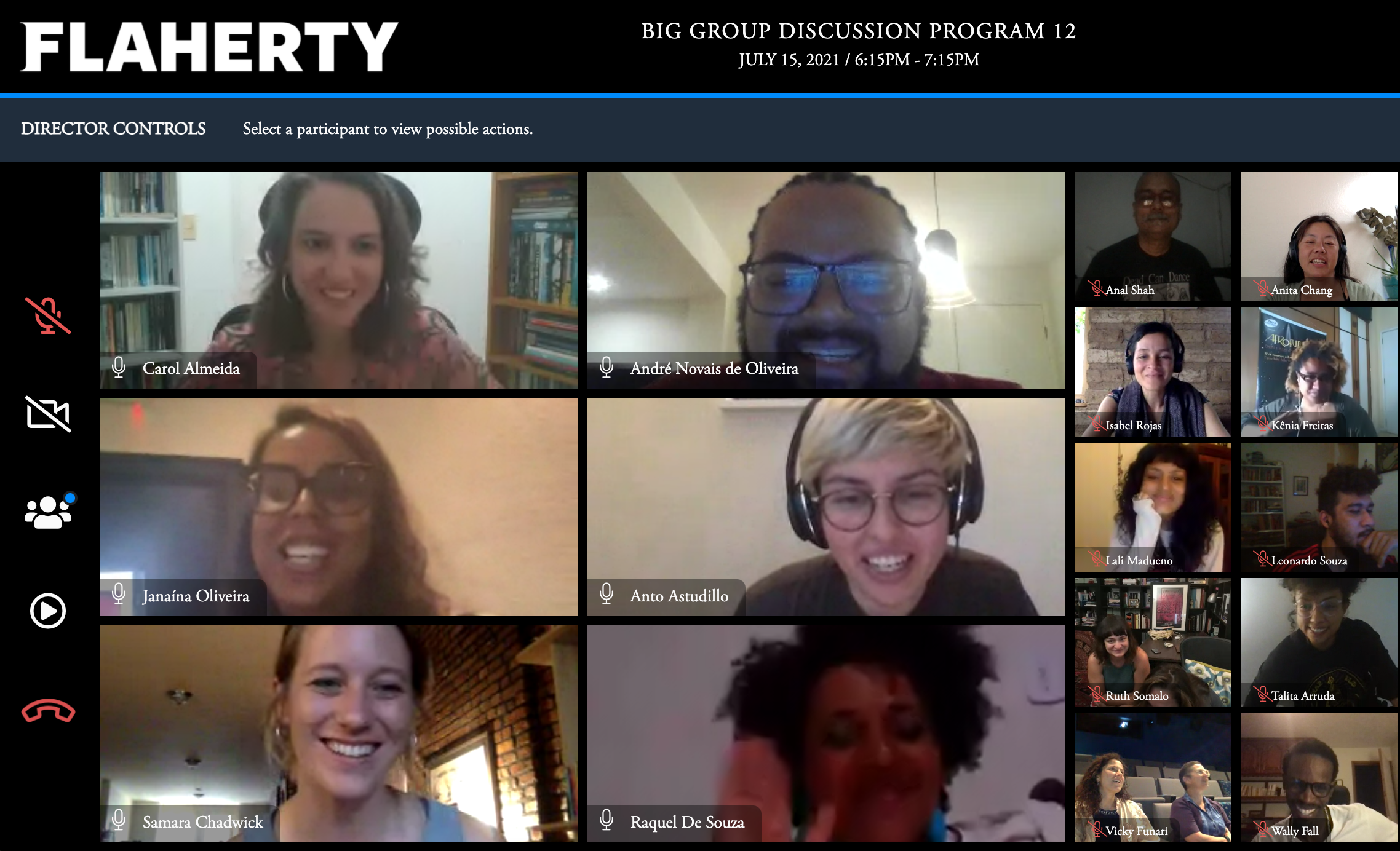 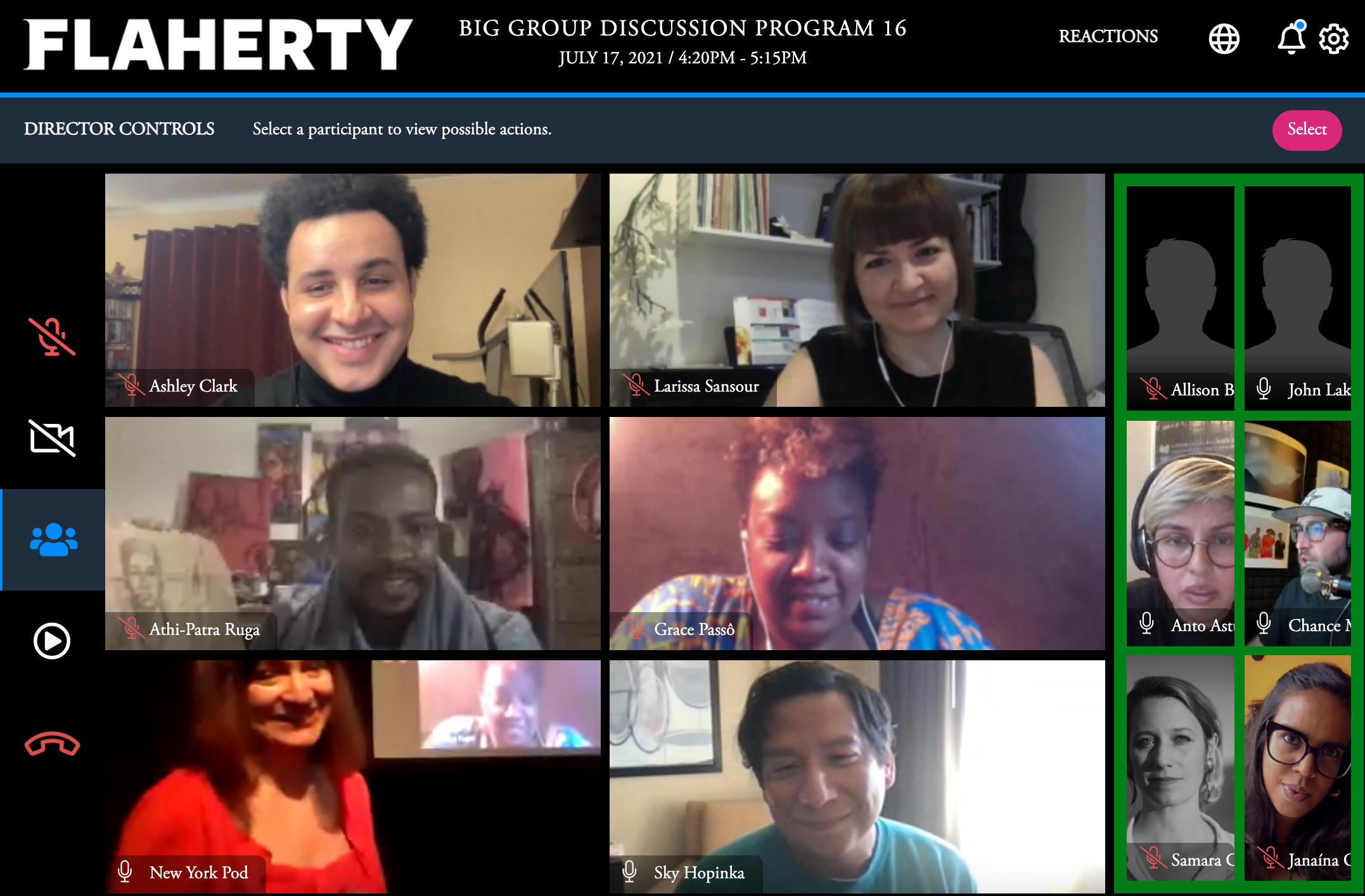 When The Flaherty wanted to shift its annual Film Seminar into a virtual event, they turned to Empire Entertainment to deliver a highly interactive, user-friendly platform to feature this year's films and discussions.

The 10-day film seminar took place July 9 - 18, 2021 and featured over 43 films, with filmmakers and attendees joining from 30+ countries and five continents. Programmed by Janaína Oliviera, the 66th edition of the Flaherty Film Seminar, Opacity, sought to forge openings and new possibilities of cinematic existence, especially for subjects that have been excluded or are less valued on conventional screens. The films and subsequent discussions dove deep on topics ranging from diasporic cinema and oral histories, to decolonizing the archive and indigenous storytelling and sovereignty.

On each day, The Flaherty hosted a morning and evening session with one film screening and discussion per session. All film content was revealed just minutes before the session began and subsequently removed at the end of each session to keep attendees on their toes throughout the week. In addition to the main programming, The Flaherty hosted supplementary breakout sessions and after hours programs via zoom where more attendees could dive deeper in smaller groups.

Empire is a leading producer of virtual, hybrid and live events and has been proud to serve leading not-for-profit organizations and foundations for nearly three decades.